We venture into proteins’ potential as functional molecules by means of evolutional engineering. 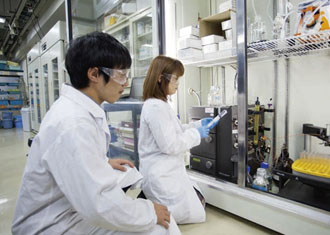 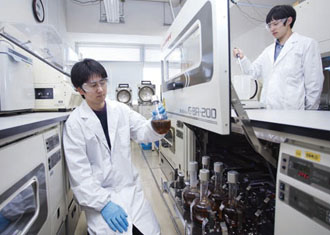 Generating new functional proteins can be mimicked in vitro (molecular evolutional technique). This methodology enables us to create molecules with the functions of one's own desiring, and recent trend of medicine in pharmaceuticals is shifting from low organic molecules t to biotechnology-based medicine such as proteins. Especially with regards to molecular targeted drugs that demonstrate efficacy only on a specific region of the body, proteins are considered to be promising molecular species. In the environmental field, enzyme proteins can degrade biomass resources to sugar without adding heat and acid, from which yeast can produce ethanol. Generation of highly functional enzymes are being conducted worldwide. Concerning the expansion into nanotechnology, even smaller devices with complex functions are beginning to be developed. We have succeeded in being the first in the world to create antibody proteins that can specifically bind to nano-sized material particles by utilizing the function of antibody proteins that can specifically bind to bacteria and viruses. The antibody protein can act as the "glue in the nanoworld."

Various proteins have come into existence since life first appeared, and 10,000 proteins are reported a year. This database and the evolutionary technique make proteins unique and they are not found for other molecules. In addition to medicine and environment, we would like to venture boldly into other fields which have not utilized proteins up until now through these database and technology. 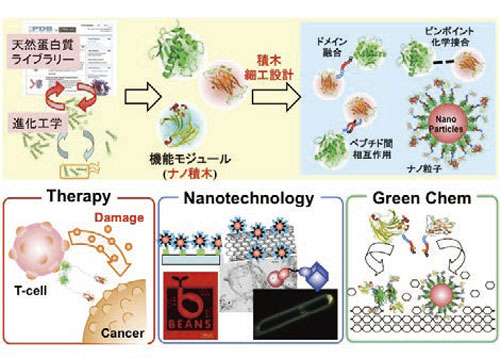 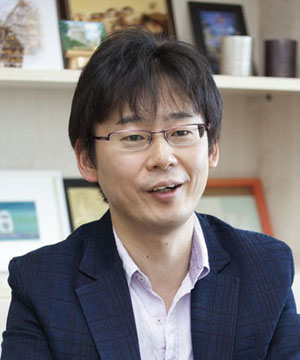 Graduated from Tokai High School in 1990. Completed a three-year doctorate in biotechnology at the Graduate School of Engineering at Tohoku University in 2000. Assumed the current position of Professor of Biomolecular Engineering at the Graduate School of Engineering at Tohoku University in 2014. Professor Umetsu encouragesstudentsbysaying, "Organisms are composed of molecules, and to understand the behavior of molecules, knowledge of physics is needed. As an extension of physics and chemistry, the self-organization of various molecules which express complicated functions as an "organism" can be understood. It is therefore essential that you gain thorough knowledge of physics and chemistry." The slogan of the Umetsu Laboratory is an interpretation of "energize" - one of the four qualities that a leader should have according to Jack Welch, former CEO of General Electric, the company founded by Thomas Edison. The slogan is, "Energize those around you by having so much enthusiasm that affects others." Professor Umetsu's favorite words are "Clementia (clemency) and dispassion" from the book series “The Story of the Roman People" by Nanami Shiono.